Beth Wishart MacKenzie is an educator and award-winning filmmaker based in Edmonton, Alberta, Canada.

Beth holds an M.A. in Comparative Literature & Religious Studies from the University of Alberta (2001), where she served as a Lecturer in Religious Studies for more than 10 years. Introduced to the art and craft of documentary filmmaking in 2006, she has since used the camera to continue her cultural-religious studies of communities in Canada.

Beth spent the formative years of her life in India and this had a lasting impact on her worldview.  Beth’s film work reflects her keen interest in “Diversity and Inclusion”.  Through it she has sought to communicate the richness and complexity of cultural-religious life in Canada and to examine the challenges multicultural coexistence presents.  Her prior experience in the discipline of Comparative Religious Studies allows her to bring an informed and sensitive perspective to her film work and to effectively interpret the symbolic codes and spiritual sensibility of the individuals and communities she engages with. As a socially engaged documentary filmmaker, Beth seeks to use the creative medium of film to build community in Canada.

Beth has completed four long form documentary films: Unforgotten (Original 2009/Redux 2015), Gently Whispering the Circle Back (2013), Brothers in the Buddha (2014), and Lana Gets Her Talk (2017); as well as one documentary short, From a Light Within (2019).  Beth recently completed her first dramatic short film, The Final Exam (2020), which she co-wrote, directed and produced with emerging filmmaker, Ibrahim Cin.

Beth is happy to have presented her work at a number of film festivals, including FAVA FEST (Edmonton, AB, Canada), the Nordlys Film and Arts Festival (Camrose, AB, Canada), the Female Eye Film Festival (Toronto, ON, Canada), the American Indian Film Festival (San Fransico, CA, USA), the United Nations Association Film Festival (Stanford, CA, USA), Native Spirit Film Festival (London, England), the Weihnachtsfilmfestival (Berlin, Germany), and most recently the 2021 Sacrae Scenae Film Festival (Ardesia, Italy) where her film Brothers in the Buddha won the Campanile d’Oro/Golden Bell Tower Award. She is also happy to have presented her films at the Canadian Truth and Reconcilation gathering in Edmonton (2014), the Canadian Humanities & Social Sciences CONGRESS (2018), and at the Parliament of the World’s Religions gatherings in Salt Lake City, Utah, USA (2015), Toronto, ON, Canada (2018), and Internationally Online (2021) .

In collaboration with Indigenous artist, Lana Whiskeyjack, Beth participated in the 2017-2019 Pan-Canadian touring Art & Film Installation, pîkiskwe-speak: An Invitation to Conversations in Reconciliation. The Installation featured Lana’s mixed-media sculpture, Lost My talk, and Beth’s documentary study of Lana and her work, Lana Gets Her Talk.  The project was one of 200 projects funded by the Canada Council for the Arts 2017 New Chapter initiative to commemorate Canada’s 150th Anniversary and is now available online as a virtual installation (see link above).

Aside from filmmaking, Beth founded and continues to support the development of Edmonton’s Gotta Minute Film Festival, a festival of one-minute silent short films co-produced by the Film and Video Arts Society of Alberta (FAVA) and Pattison Onestop. Celebrating its 9th year, Gotta Minute is a unique Public Art festival that reaches its audience on public transit, in public libraries, and in other public spaces; a family-friendly festival for one and all.

Most recently, Beth joined the Board of Directors of Edmonton’s Broad View International Film Festival, a festival dedicated to amplifying and showcasing the voice and vision of women in film. 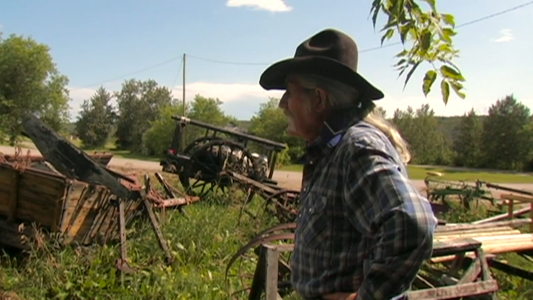 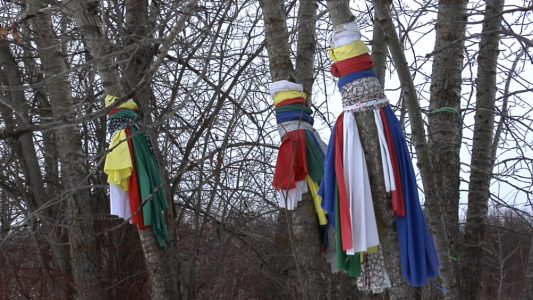 Gently Whispering the Circle Back 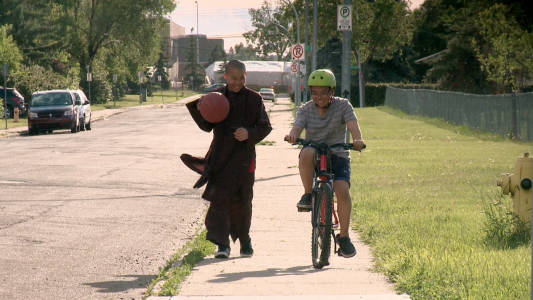 Brothers in the Buddha 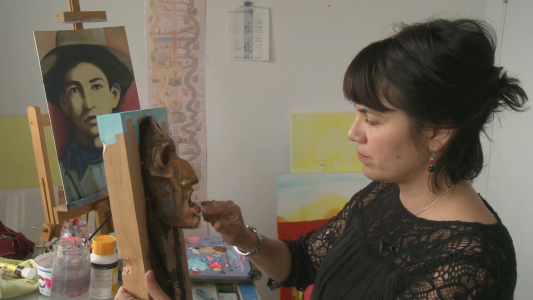 Lana Gets Her Talk 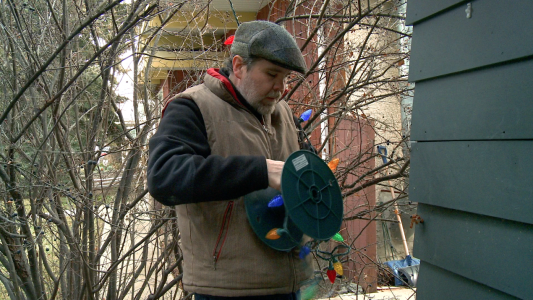 From a Light Within 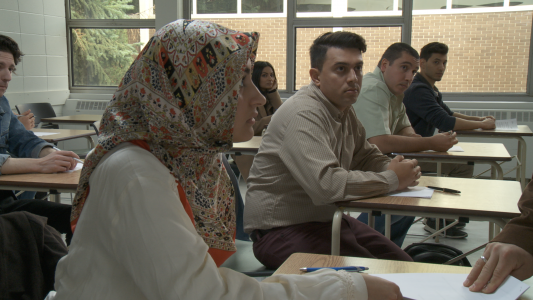